This is an update to an article I wrote 2 years ago...

Around 1984 there was an article with a prediction that went like this: "Someday you will throw away computers. Your house will be littered with them. You will get computers in cereal boxes." Thirty-seven years ago, that day seemed like it would be pretty far off.

How exactly has this prediction faired? Well, how many computers do I own? Here is the list...

1. One of the more powerful computers in my home is my iPhone 6s+. It is a powerful computer masquerading as a phone. I bought a second one when the wi-fi on the first failed, so technically I have two. I also have a couple of older iPhones in storage. These could easily be thrown out since they are not very useful anymore.

2. I have an iPad 4. The only reason I bought it was because my iPad 2, which I loved, was stolen when someone broke into my home in Salt Lake City. However, I don't really have much of a need for it. The iPads were originally touted as book readers to compete with the Amazon Kindle tablets, but I don't think that reading books on a full-size iPad is a great experience. You can do all the normal internet stuff with them, but I have plenty of devices that can do that. I think that my iPad's best use is to play audiobooks.

3. About 11 years ago I bought a Microsoft Tablet on a Black Friday sale for $200 because this seemed like a fantastic deal at the time. At the time, it probably was. However, this has been the most useless piece of crap that I own. One could use it to browse the internet and read email, but it is way out of date, and it was never very useful to begin with. It is less pleasant to hold than an iPad. I doubt that I can get any software for it.

4. Recently, I bought an Amazon Fire Tablet, normally $150, for $80 on a Black Friday sale. It is a pretty nice tablet, but there is not anything I can do with it that I can't do on other devices. I bought it so that I could attempt to write Android apps and test them on the tablet.

5. I'm typing this on my 2017 27" iMac. This is a replacement for my late-2009 iMac that has several problems, such as the display repeatedly shutting off. I occasionally still use this machine just for analyzing chess games, which is processor intensive, although my new iMac is plenty capable of doing that.

6. Four years ago I was given a Raspberry PI 3, which is a very cheap small computer the size of a deck of cards. It can run Linux and do normal computer stuff, although it is not very powerful at all. However, I configured it to be a game emulation box that can be hooked up to my TV.

Newer, more powerful versions of the Raspberry PI are available.

7. I own both a NES Classic Edition and a Sony PlayStation Classic. These are both game emulation boxes. Both are good for playing games and both can be hacked to play even more games.

8. I bought three Arcade1up machines. These are 3/4 scale arcade games that you assemble yourself. They are essentially emulation boxes that come with classic arcade games. I like my Star Wars Arcade game the best.

9. Back in the early 2000s, I bought a joystick that can be hooked up to an old-style TV and it plays 10 classic games. As a game system it is not that good, but I still occasionally use it because it does a great job with one game in particular, which is Pole Position.

10. I have an old Sega Genesis with some cartridges that I plan on selling. Over thirty years ago the 68000 processor in the Genesis was considered a mainstream computer processor. I have seen really old mainframe computers that cost a fortune that used this processor. By the 1990s the 68000 processor was only really used in game systems.

11. I was able to fix an old laptop that I gave away to a chess player in need. Then I was able to purchase a refurbished laptop very cheap that is vastly superior. This computer proved very helpful as a backup computer while my iMac was in the shop, but otherwise, I don't really need a laptop anymore.

So I count 18 computers. My house *is* littered with computers, some of which I could easily throw away.

I am not going to count the three electronic chess clocks that I own. I don't know if they use a CPU or just dedicated logic chips.

I didn't count the Star Wars Storm Trooper Robot that I got in a package deal with my Star Wars arcade game.  This device can interface with your smartphone and play games.  I have been trying to sell it for a year.

I also didn't count my robot vacuum cleaners.  I own two, one of which is broken.  I have had these for well over a decade, and the one that works is starting to have problems.

If you own a calculator, which I don't, it has either a 4-bit or an 8-bit processor inside.  It is also a computer, although very limited.

As far as getting computers in cereal boxes, I saw a little handheld game that came in a 2007 cereal box.  It was pretty primitive, probably using a 4-bit processor.

http://www.entertainmentjourney.com
Posted by John Coffey at 3:20 PM No comments:

Aphantasia: The People Without a Mind's Eye | 'Out of Mind'

The first three minutes of this video talk about how a few people can't visualize things in their minds.
https://www.youtube.com/watch?v=Xa84hA3OsHU
This is an interesting condition because I have always been kind of the opposite.  Very often I close my eyes and visualize things in my mind.
I have played chess in my head many times although with a great deal of difficulty.  I think that I was better at this when I was younger.  Under the right circumstances, I might get a good visual of the board in my head.  It helps to have no distractions.  Even when I play chess normally I am easily bothered by distractions.
Every time I have written a computer program I've tried to visualize ahead of time the different parts in my mind.  Some people might do this on paper but I might spend hours just thinking about it before I write any code.
Posted by John Coffey at 11:04 PM No comments:

Although the Zillow estimate on housing value might not be perfect, it is a pretty good judge of which way the market is going.
The housing prices in Salt Lake City have gone through the roof. The house that I paid $130,000 back in 1999 is now estimated to be worth $647,000. I sold it for a fraction of that.
Indiana is not as bad, but it seems recently that prices have taken off. The home I purchased less than 3 years ago is up by 25% from what I paid. My previous home in New Whiteland that I paid $120,000 for six years ago is now estimated to be worth $220,000.
The key point is that I could not afford to move if I wanted to. I would have to sell my home first or make my next purchase contingent on selling my home first.
--
Best wishes,

http://www.entertainmentjourney.com
Posted by John Coffey at 2:56 PM No comments:

I just heard on the radio that Columbus, Indiana is going to celebrate its bicentennial. I was in Columbus when they were celebrating their 150th anniversary. I attended a parade. What a way to remind me of how old I am getting.
--
Best wishes,

http://www.entertainmentjourney.com
Posted by John Coffey at 10:57 AM No comments:

I first went to the Columbus Chess Club 46 years ago *today*. The club started in either 1972 or 1973.
Half a century seems to go by pretty quickly. 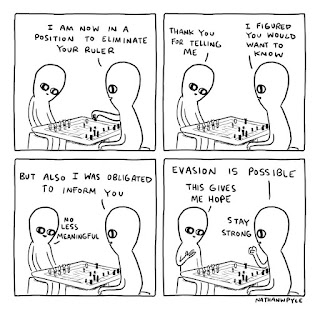 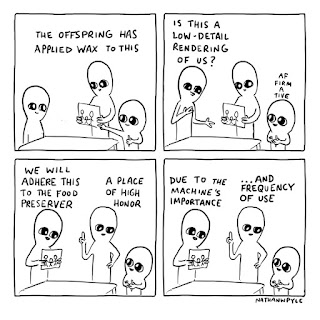 http://www.entertainmentjourney.com
Posted by John Coffey at 5:02 PM No comments: