Next to the coffee shop where I play chess is a flower shop where they have a dog that I give treats to. Of course, he likes to see me. 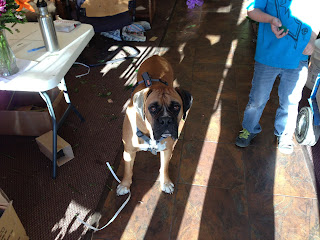 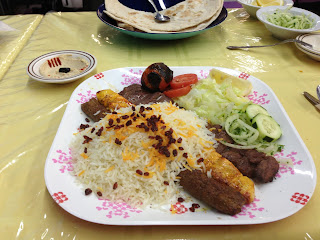 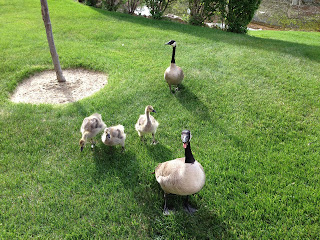 Posted by John Coffey at 2:49 PM No comments:

Sunset From the University of Utah 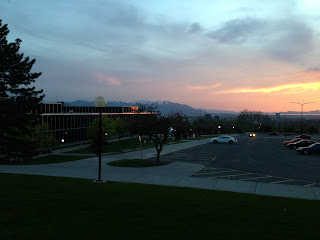 Allan,
So far this year I am the Utah state Senior champion, Game/60 champion, and Expert Class co-champion.  It seems not likely to me that I could win the actual State Championship in November, but it is a remote possibility.
The best player in the state is a 15 year old boy, Kayden Troff, who is currently playing in the U.S. Championship because he got a special invitation as an up and coming player.   He is so far above everybody else in Utah that it is no contest.  He is an International Master and could turn pro. He mostly does not bother with Utah tournaments anymore.

Way to go! Kick some ass! I'm cheering for you. Do they have cheerleaders there? I guess it'd be a big distraction.
From: John Coffey
Sent: Sunday, May 05, 2013 3:46 PM
FYI...
From: Steve Hoisington
Date: May 5, 2013, 11:34:38 AM MDT
"A total of sixty-four (64) players have now earned GP Points in the six (6) GP events held so far...
The year-to-date race remains close between John Coffey and David Vasquez.  With his clear first-place finish on Saturday, John increased his lead in the Grand Prix standings from just one point to a somewhat more comfortable 8.5 points. "
The current leaders (top ten) are:

Posted by John Coffey at 5:19 PM No comments: