Bob,
Been following this issue closely since the late 1980's.
When people say that 97% of all scientists claim that global warming is happening and it is our fault, they are referring one specific survey where the vast majority of people surveyed were not atmospheric scientists.  A few people surveyed were theologians.  Furthermore, it frames the question in the wrong way.  Almost nobody is denying that global warming is happening.
By calling people global warming deniers, people have misrepresented the position of the skeptics and really unfairly maligned them.  The is a straw man attack.   In reality, almost nobody is denying that global warming is happening, except maybe for a few crackpots.  The issues have always been how much is happening, how much of that is our fault, and most importantly whether there is negative or positive feedback.  This video outlines the position better than anything ...
Climate Change in 12 Minutes - The Skeptic's Case
​About ​
25 years ago I was reading articles by skeptics.   At that time I was concerned about the issue and wanted to find out all I could about it.  The reason there were skeptics is that meteorologists were raising objections that we were moving too fast over an unproven theory.  There were others claiming that natural feedbacks would moderate global warming.
We have what is called the carbon dioxide cycle, where carbon is sequestered in rock underground and released by natural forces such as volcanoes.  So much carbon dioxide has been removed from the atmosphere that we have gone from an atmosphere of 43% carbon dioxide to 200 hundred parts per million before it went up to 300 parts per million.  Some people speculated that it would get so low that plants would have trouble growing.  The point is that CO2 levels have been much higher in past and been on a steady decline ever since.  70 million years ago, Utah was a tropical forest roamed by dinosaurs.  The CO2 level then was 5% and we are absolutely no danger of coming close to that level now.
All of human civilization has arisen in a brief period between two ice ages.  In the 1970's NASA claimed we were about to enter another ice age.  Now geologists say no matter what we do, we will get another ice age in about 10,00 years.  In other words, there are natural forces beyond our control.
CO2 by itself is not enough to cause significant warming.  All assumptions of disaster are based upon water vapor adding to the warming.
Dr Don Easterbrook Exposes Climate Change Hoax
The issue of water vapor gets into the whole feedback issue as to whether it is positive or negative.  In this regard to this, see the first video and this one ... Lord Christopher Monckton ends the Global Warming Debate.  I have believed for over 20 years that the feedback was negative because I read articles to that effect, but also because when the temperatures spiked around 1999-2000 (during the peak of the sunspot cycle), it should had produced runaway greenhouse because of the positive feedback.  It didn't.  In 2007, during the low point of the sunspot cycle, over a hundred years of global warming seemed to disappear.  At this point I saw atmospheric scientists asking us to believe that we had entered a period of global cooling, which was also predicted in the mid 90's.
Part of my concern is that I see what is politically motivated science.  I don't trust the government because this is an excuse to tax and control us, but the government is doing all the funding.  The cures for global warming aren't economically feasible.   The last U.N. report concluded that the global warming wasn't as much as we thought and it would cost too much to fix it.
How the Global Warming Scare Began
​
--
Best wishes,

John Coffey
Posted by John Coffey at 8:32 PM No comments: 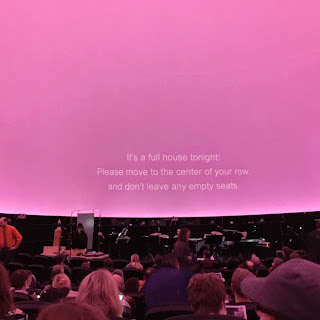 Posted by John Coffey at 7:01 PM No comments:

Quick chess tournament that I am running at the Salt Lake Community College. 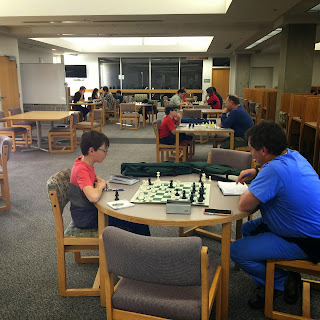 Posted by John Coffey at 4:15 PM No comments: