Out of curiosity I listened to this extended interview of Rian Johnson.  It is long.  It is an hour and 47 minutes long.
Since The Last Jedi has plot holes you could drive a truck through, and after seeing the title, 'Rian Johnson Talks 'The Last Jedi' Criticism, Says He "Wouldn't Change a Thing"', I had to know how Rian Johnson responds to criticism about the plot holes.
Well, after listening, I conclude that Rian Johnson doesn't have a clue as to why these things are plot holes, and why those things might turn off the audience.  I can only guess that he looks at the story from an artistic point of view and not a logical one.  And to think that he is going to be directing the next trilogy?
Unfortunately the interview doesn't talk about Social Justice Warrior messages, which would have been a very interesting topic.
http://collider.com/rian-johnson-the-last-jedi-criticism/#star-wars
--
Best wishes,

http://www.entertainmentjourney.com
Posted by John Coffey at 8:33 PM No comments: 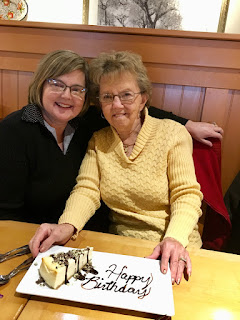 Posted by John Coffey at 7:00 PM No comments:

My trip to and from Salt Lake City.

FYI, Someone I know on Facebook was sharing this video: https://www.youtube.com/watch?v=XuXvtg55E10
Although it takes place on I-80 in eastern California, it looks just like driving I-80 through the mounts of Utah. I commented that there are some really steep roads in Utah, so the person who shared the video wanted more information. So I responded ...
As you go east from Salt Lake City on I-80, you find yourself going up and down some steep grades as you travel to the Park City exit. Going uphill, my car could not go full speed, and the semi-trucks were even worse going at most 30 MPH. The return trip from Park City is even more interesting, because the first thing you do is go up a long intense slope. When I had a Toyota Tercel, it almost couldn't handle it. I went up that long hill at about 20 or 25 MPH because my feeble car couldn't go any faster.
When I first moved to Utah, I took 4 days to leisurely drive out there on a trip that can be done in 2 days. The trip from Cheyenne Wyoming to Salt Lake City Utah is particularly interesting. This takes 7 to 8 hours with stops. I drove the first hour of that trip late at night going uphill on winding roads into extremely foggy mountains until I stopped at Laramie Wyoming, which is a college town. I spent the night there. Oddly enough, when I made the return trip 22.5 years later I had the same problem with fog at night on winding roads, going downhill this time, which felt really dangerous because you could potentially drive off a cliff. In both cases the visibility was very poor. The remainder of the trip to Salt Lake City is a mixture of mountains and desolate landscapes. That winter in 1993 was pretty bad and there was some concern about the highway being passable. However, during the last part of the trip I felt like I had been driving in the mountains for hours, going around many curves and up and down hills, until finally, I went around a big curve and then magically the mountains disappeared and Salt Lake City appeared before me. Much to my surprise I found myself immediately in the city.
Thirteen years in a row I drove I-15 from Salt Lake City to Las Vegas for the National Open Chess Tournament. Crossing from Utah to Nevada involves going through 20 miles of Arizona, and it is downhill most of the way through winding mountain canyons. The red cliffs are on both sides are particularly beautiful. On the return trip, there is a place in southern Utah that that you go steeply downhill on a straight road for several miles. It is a descent of at least a few hundred feet. When you first reach the top of the hill before you go down it is quite an impressive sight, because you see a vast valley stretch out before you about as far as the eye can see. It is not quite as noticeable going the other way toward Vegas because it just feels like you are just going uphill for a few miles.
--
Best wishes,

http://www.entertainmentjourney.com
Posted by John Coffey at 9:46 PM No comments:

I binged watched the PBS Ken Burns series "The War" on Netflix streaming. I had seen it before, but it is so powerful that I felt that it was worth watching again.
Posted by John Coffey at 10:08 AM No comments:

The first roundabout I ever saw was in my neighborhood of Sugarhouse in Salt Lake City. It was fairly small, and replaced a 4 way intersection. As you approached it there was a sign that said "Traffic Circle" which created some confusion in my mind as to whether it should be called a roundabout or a traffic circle.
It turns out the two terms are not for the same thing. Traffic Circles are larger and do no require you to yield before entering. Roundabouts are smaller, and you must yield before you enter. The traffic is slower on roundabouts than traffic circles, making them safer.
In the last decade we have seen an explosion of roundabouts and I like them. They are safer and faster than normal intersections.
--
Best wishes,

http://www.entertainmentjourney.com
Posted by John Coffey at 8:35 AM No comments: