This was 10 year old Kayden Troff right after he won the Utah Blitz Championship in January 2009.   I was the tournament director.  In May of that year he turned 11.  Five years later in May he became a Grandmaster at the age of 16.  He is now 20 years old and serving on a 2 year mission for the LDS Church.
The last time I won against him was when he was 11, which was in the Utah Blitz Championship the following year.  Overall my record against him is not very good, as he was already winning half the games against me around age 8.  At age 9 he was winning the majority against me, and when he was 10 I lost every single tournament game I played him. 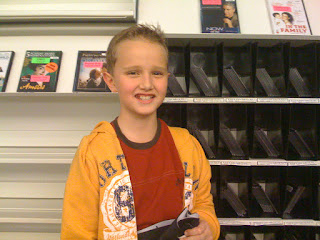 Posted by John Coffey at 9:44 AM No comments:

Ever have a song stick with you for most of your life? My parents liked listening to older styles of music.  They had a record with "The Last Farewell" which I listened to many times growing up, so the song has stuck with me:  https://www.youtube.com/watch?v=hKdRpDpIR70
Another song was "El Paso" https://www.youtube.com/watch?v=-zBzZJd-nfw
Posted by John Coffey at 8:31 AM No comments: