https://oldgameshelf.com/chessmaster-the-176.html
Before the internet, the only way to play chess was in person or with a dedicated chess computer, and the dedicated chess computers didn't start to get good until about 1983, when the best one was about 1800 strength.
From 1984 to mid-1990's I owned 3 chess-playing computers.   I sold them when I switched over to desktop computers, but I kind of regret not having them any more.  Part of me wonders if they would still beat me today like they did back then?   I am wondering if I could now give them a better game?
The 1984 Novag Super Constellation was pretty impressive considering that it was running on just a 4 MhZ 6502 8-bit processor.  The USCF assigned it a rating of 2000, which is likely a little high.  It is my understanding that the program only looked at 500 moves per second   Compare that to my 64 bit 3.4 GHZ iMac with 4 cores.  Stockfish on this computer looks at around 5 million moves per second.
Nevertheless, I had trouble beating the Super Constellation at level 1 which was 5 seconds per move.   At the time, I was rated in the 1700's.  I could win most of the time, but the higher levels game me trouble.
I am surprised to find my name on a webpage about the Super Constellation.    https://www.chessprogramming.org/Super_Constellation    Apparently in 1998 I made a forum post where I was wondering the exact same things that I am wondering now.  Even then I referred to this as an old chess computer.
The 1988 Fidelity Designer 2100 (http://www.spacious-mind.com/html/designer_2100.html)  series running an 8-bit 6502 at 5 MHZ was a slight improvement over the Super Constellation.  The USCF gave it a rating of 2100 which some claim is too high.  I certainly found it a challenge, but I wasn't content to stop there.   Later got the 16-bit Fidelity Designer Mach III 2265.  For its time, this thing was a beast.  I played it a ton of games at G/30 and only won once.  At the time I was rated 1800.
I can't go back play these old chess computers, but I can run some older videogame software through emulation.
I found a website that runs The Chessmaster program from 19991 for the Nintendo Entertainment System.  This is emulating a 1.79 MHZ 8 bit 6502 processor.  This should be a little weaker than the Novag Super Constellation.
First of all, I am surprised that a website can emulate an old videogame system.  I also found this fun to play.  The controls take a little getting used to.  You have to press "Select" (shift key) to get to the options where you can control the difficulty.  There is also an option to make it full screen.  The graphics aren't the best, but are okay.
As as I said, I found this fun to play.  There are a couple of beginner levels, and then level 1, 2, 3 etc.  After beating level 1 at 5 seconds per move, I only barely beat level 2 at 7.5 seconds per move.  I had to outsmart it in the endgame to win.
I am able to run the SNES version of this program through emulation on my NES Classic videogame system and on the PC.  The SNES 65816 processor is twice as fast and a little more sophisticated, so the SNES version should be as good as the Novag Super Constellation.   At the time that these Chess Master programs were released for the videogame consoles, which was around 1991, the version of Chess Master for computers was called Chess Master 2100.  I later owned a copy of Chess Master 3000 which seems extremely crude now.
In the 1990's I programmed SNES videogames for a living.
John Coffey
Posted by John Coffey at 9:10 PM No comments:

"How does that turn?"

John Coffey
Posted by John Coffey at 12:41 AM No comments:

This is what a Mensa IQ test looks like

I find IQ test questions interesting.  In particular, I got fascinated by #8 in this video.  She doesn't give the answer, but I figured out the pattern by doing the square of 63 in my head.
https://youtu.be/h36cpwlslHk?t=152
I have one problem with some of these questions ...
Imagine if you had two pairs of numbers like so ...
Five is to six as 10 is to ____?     Well, by one rule you would have 11 as an answer, but by another rule, you would have 12 as an answer.   If you have just a number problem then they would most likely make it unambiguous, but I feel like some geometric shape problems can be confusing because I'm not sure which rule to use.  For example, in one problem she had to base things off of the geometric center, which I did not think to do.   In another problem, she seemed to go backward, like 1 is to 2 as 4 is to 3.   In a completely different test, they had shapes arranged in 3 by 3 grid, so I wasn't sure if I was supposed to look at these shapes horizontally or vertically.  Again, I wasn't sure which rule to use.
In the above video, I was confused by #7.  The problem is like this ...
1, 0, -1, 0.  What is the next logical number?
I am guessing that the four numbers are the cosine of 0, 90, 180, and 270 degrees respectively.  Then the next number is the cosine of 360 degrees, which is 1.
However, they might be looking for something completely different.  What if these are two pairs of grid coordinates?  What if there is some other pattern I am missing?
Posted by John Coffey at 10:52 PM No comments:

http://www.entertainmentjourney.com
Posted by John Coffey at 6:20 PM No comments: 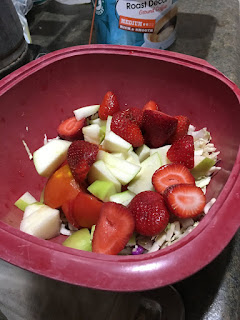 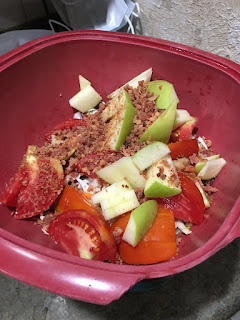 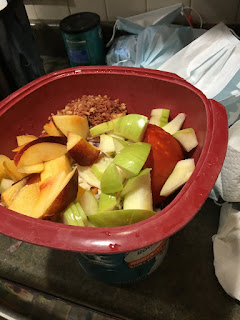 Posted by John Coffey at 1:56 PM No comments: